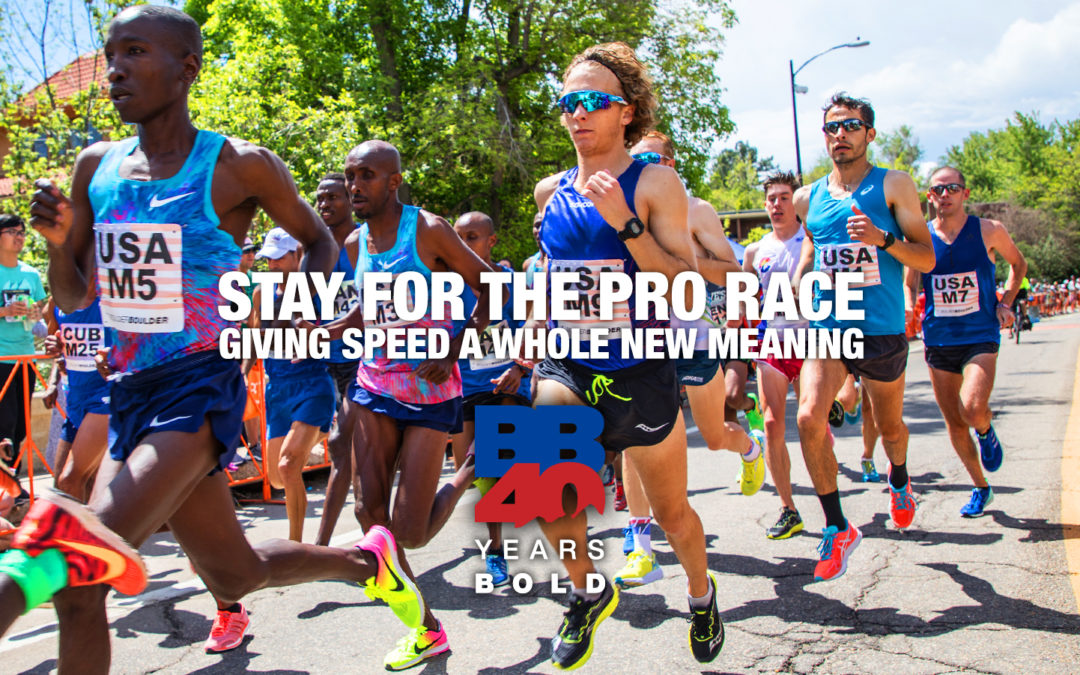 BOULDER, COLO. (May 15, 2019)- BOLDERBoulder, America’s All-Time Best 10K, announced the top American athletes traveling to Boulder to compete in the 2019 International Pro Team Challenge. Returning to race this year is Jared Ward who was the first American in the New York Marathon and finished 8th overall at the Boston Marathon and Tyler McCandless who won the 2018 BOLDERBoulder citizen’s race.

“We feel that with the strong pool of runners this year that Team USA could possibly take first place,” said BOLDERBoulder pro athlete coordinator, Don Janicki. “With three returning champions in the men’s field, it will be a really great competitive race.”

Members of the Men’s Team USA also include national title winner Parker Stinson who shattered 25K American record at the USATF 25K in May 2019 by :30; Haron Lagat who placed second at the 2017 FORTitude 10K Pro Race Chase; Diego Estrada who has a 10K personal best of 27:57;  Reid Buchanan who has a 27:58 10K PR; Eagle Scout Reed Fischer who has a 10K PR of 28:38; Boulder Track Club member Tim Rackers; and Boulder-based professional runner Jake Riley who has a 10K PR of 27:59.

“Having Aliphine Tuliamuk back is awesome, said Janicki. “She was second last year and we know she wants to win.”

In addition to the Americans competing at this year’s race, the BOLDERBoulder will be welcoming teams from all over the world including Ethiopia, Japan, Kenya, Mexico, Tanzania, Bahrain, Eritrea, Ethiopia, Rwanda, and Pan South America. More countries to be announced soon.

“We’re ready for a super competitive international event thanks to the athlete’s continuing commitment to the race, “said BOLDERBoulder Race Director, Cliff Bosley. “Some of the top-ranked teams are trained in both altitude and marathon running and bring a competitive edge that keeps the event exhilarating to watch each and every year.”

The BOLDERBoulder created the International Team Challenge in 1998 which includes professional runners from all over the world that compete on three-person teams in a team by country format, for one of the largest non-marathon prize purse races in the country. This year’s total prize purse is valued at $92,600 before performance bonuses. The men’s and women’s professional races follow the BOLDERBoulder course and are scheduled to finish in a packed stadium at the University of Colorado’s Folsom Field before the Memorial Day Tribute.

The International Team Challenge will take place at the BOLDERBoulder on Monday, May 28th with the women’s race tentatively starting at 11:15 AM and the men’s race beginning at 11:27 AM.